A Year of Summer Ends in Iceland

Is it ironic to end a year of hot places in the chilliest destination yet? Maybe, but a free stopover on our way back home was too good to pass up!

My mom and I travelled separately from Simon and the kids. I thought travelling without the kids would be easier somehow, but they are so seasoned now that it is fairly effortless to travel along and sometimes they can act like pack monkeys and carry bags! Anyhow, my mom spent a busy four days touring as much of Iceland as we could. Tours lasted 10 to 12 hours and days on our own were packed with exploring Reykjavik, and we even managed a visit to the Blue Lagoon on our way to the airport.

We took a "Hot Golden Circle Tour" to see all the beautiful sights on the Golden Circle and finishing the day in a natural hot spring pool, relaxing the Viking way, before heading back to Reykjavik. If you haven't heard of the Golden Circle there are three impressive sights; Thingvellir, site of the World's first Parliament that met each year outdoors, beginning in 930 AD continuing until 1798; Gullfoss one of Europe's largest waterfalls; and the geothermal fields of Haukadalur to experience the original "Geyser" and the currently erupting geyser, Strokkur. The last stop was amazing, a hot spring natural bath which the locals named the Secret Lagoon because it was relatively unknown but recently renovated and opened to business. The use of geothermal energy for public pools, heating, and electricity was fascinating.

Our next tour was something special - it came with our Inspired B&B package and saw as bouncing along in a Range Rover exploring the glacier valleys and black sand beaches of the south coast. We saw two magnificent waterfalls: Seljalandsfoss a tall thin beauty of 73 meters and were able to walk right behind (so fun!) and Skogafoss, a 60 meter roaring giant with beautiful rainbows. At the black sand Reynisfjara Beach, Iceland´s southern most point, we marvelled at the basalt rock columns and couldn't get enough pictures. We also saw puffins, but not as many as the next day when we took a ferry out to a breeding bird island. We like seeing the glacier Gigjökull up close and learning about the Eyjafjallajokull volcano eruption in 2010 that melted a hole through the glacier and caused all kinds of infrastructure damage, not to mention the suspension of air travel over Europe. The Icelanders are a clever bunch, the house pictured in front the eruption ash cloud trademarked the image and was paid every time their photo was used in the media!

We liked Reykjavik, bought a nice icelandic sweater from the Red Cross charity shop but really couldn't afford anything else. Food was so expensive in restaurants -$16 for soup, really!???! And our trip to the Blue Lagoon was not worth $60 euros. I think there is some tourist gauging going on...

For fellow Canadians, I'm not sure you should spend your time or money in Iceland. The landscape was very much a cross between the Arctic and Newfoundland and the weather was marginal to poor (and that is mid-summer!). Volcanic tourism was better in NZ or Hawaii. Travel to these places in Canada and save your cash and your summer vacation.

Simon and the kids travelled to Reykjavik in June and had similar experiences. Except I will note that they found that kids were treated very well - free food, headphones and blankets on the flights (adults had to pay for all that), free entry into the Blue Lagoon, and coach tours were generally free for children. They loved the public hot pools and were happy to dine on $5 hotdogs and food packed in from England for the week. 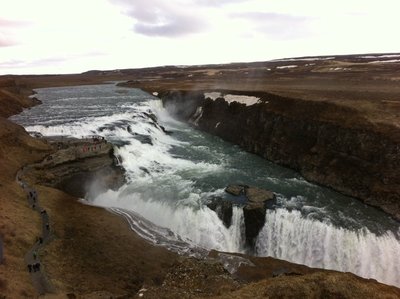 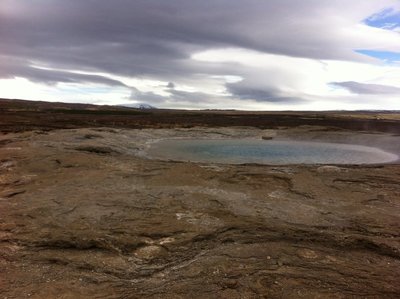 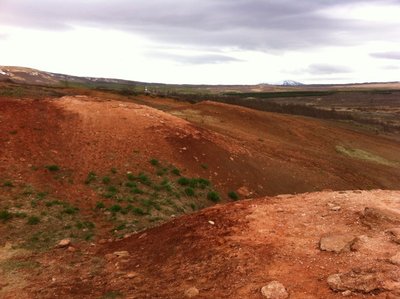 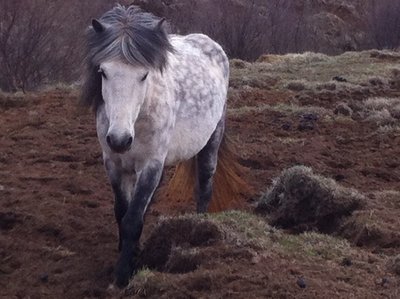 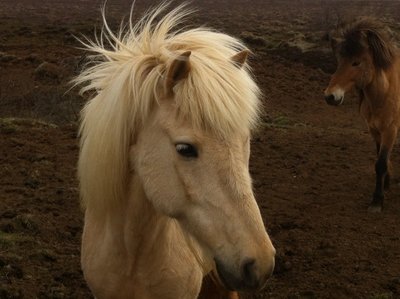 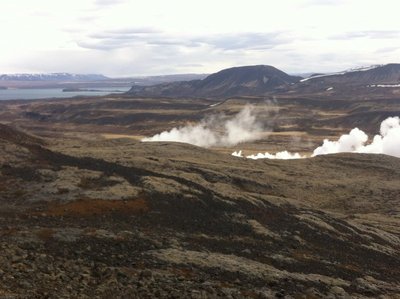 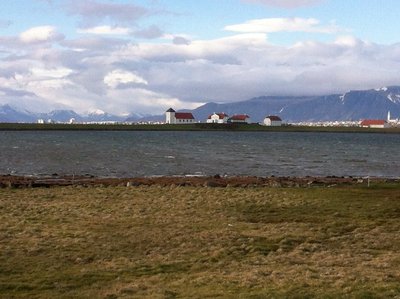 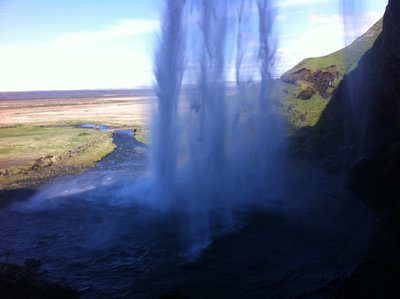 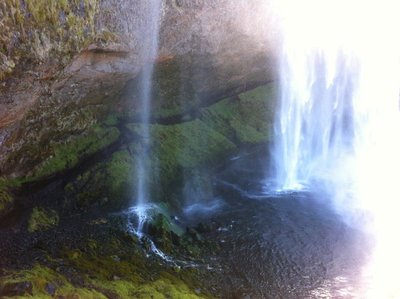 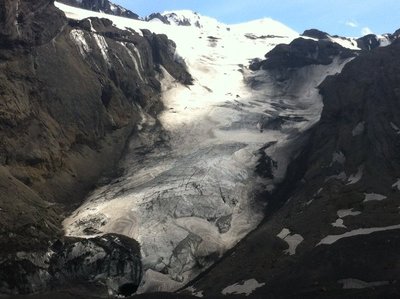 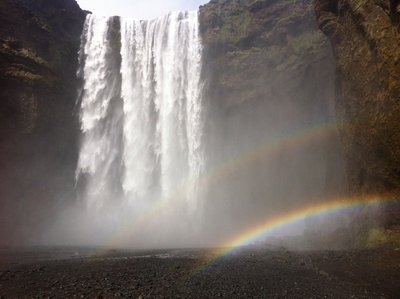 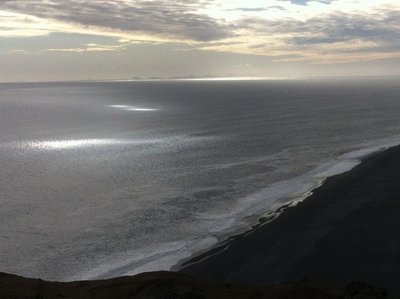 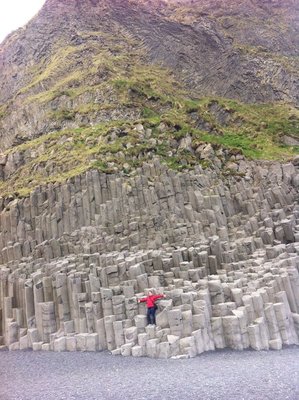 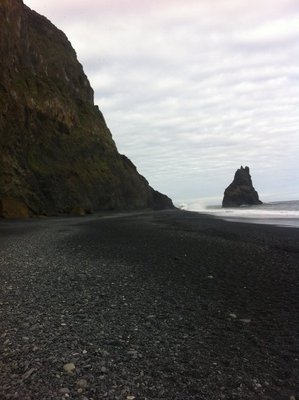 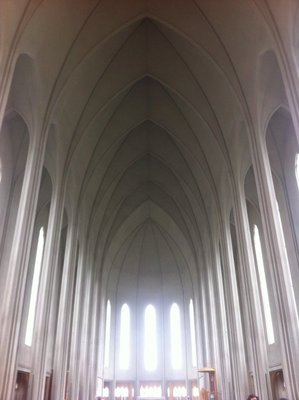 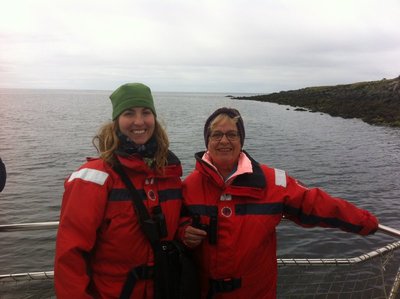 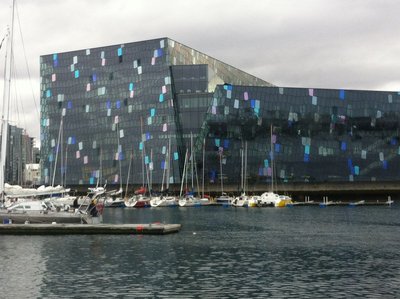 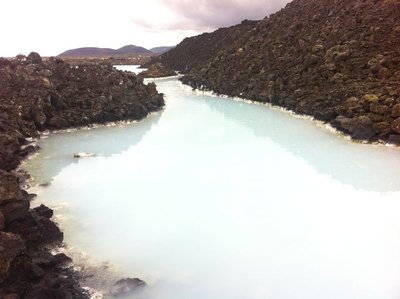 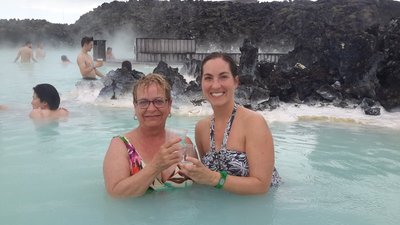